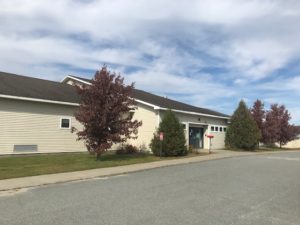 In the small town of Barton, Vermont exists a model preschool program that not many outside of Orleans County know about.  The Central Orleans Family Education Center (COFEC) is a preschool collaboration between the Orleans Central Supervisory Union (OCSU) and the Northeast Kingdom Head Start/Early Head Start Program.  It is the result of a vision of administrators from the two agencies almost 20 years ago, when both programs were operating separately in the villages of Barton and Orleans.  The building became a reality and opened its doors in the fall of 2003, co-locating the two programs into one building.  The unique feature is that 2 of the 3 classrooms in the building are staffed by a Head Start Teacher and a Supervisory Union (SU) Preschool Teacher and children are taught together with funding support provided in part through each program.  This flexible, cooperative approach to classroom operation has benefitted all involved, as it offers the best of what both programs bring to the collaboration. The program offers a 4-hour, part day program for 3 year olds, and a “full school day” program for 4 year olds, 5 days a week.  The program has the capacity to serve up to 60 preschool children.  Breakfast, lunch and snack is provided and prepared by the local Barton Graded School.   An Early Head Start home visiting program provides services to pregnant women and expectant families, and to children from birth to age three.  A developmentally appropriate curriculum that is aligned with the Vermont Early Learning Standards and the Head Start Child Outcomes Framework is used.  Instructional approaches are based on a solid understanding of child development, children’s interests, relationships, routines, and exploration through play.  The state-approved assessment tool “Teaching Strategies GOLD” is used for tracking and reporting child progress toward outcomes. Early Childhood Special Educators are located in the building and a Speech/Language Pathologist and assistants are available for consultation and direct services.  Referrals are made with permission from parents enrolled in the program.

In addition to the education services, the program provides comprehensive services based on Head Start Performance Standards for health, social/emotional well-being, oral health, nutrition education, and safety.  Resource and referral services are offered to all families.

Opportunities for parent involvement are available to all parents enrolled in the COFEC program.  These include family connection social events; parenting workshops; two parent-teacher conferences; two home visits for Head Start families- all aligned with the school districts’ calendars.  There is a Parent Group that meets regularly, and the Head Start Policy Council membership is available to any family not enrolled in Head Start as a Community Representative.  Both Julie and Meredith plan and facilitate the parent activities together.

Successful features of this collaboration

The program administrators, Meredith Morgan, the Head Start Center Manager and Julie Lavine, the OCSU Early Childhood Program Director, recently sat down with me to discuss what makes the collaboration successful.  Both Meredith and Julie are members of the Orleans & Northern Essex Building Bright Futures Regional Council and Early MTSS team.  Meredith became the Center Manager in 2008, and Julie was hired in 2009.  By then the program was fairly well established, but there continued to be the need for an intentional effort to keep the operation running smoothly and maintaining the shared vision, mission, and values that were established at the beginning of the partnership.  Both Meredith and Julie attribute mutual respect, shared leadership, trust, positive attitudes, transparent communication and common beliefs between them and how they model these values to the staff as factors that have contributed to the success and longevity of the collaboration.

A written Memorandum of Understanding (MOU) was developed at the beginning of the collaboration, with a requirement to review annually.  This has kept the original vision and mission of the program intact, but has allowed for revisions to be made to keep up with state and federal requirements and initiatives that have evolved over the years.  The MOU is a guide for the staff to use when there is a new Superintendent or agency Executive Director to provide them with an understanding of the program and the complexities of the collaboration.  Some of the components of the MOU are:

For over a decade, beginning in 2008, the staff at COFEC has been trained and coached on implementing the Center on the Social and Emotional Foundations for Early Learning (CSEFEL) Pyramid Model, and continuing in 2013 with Early Multi-Tiered Systems of Support (EMTSS).  CSEFEL and EMTSS are a framework of evidence-based practices addressing the promotion of social emotional development and the prevention of challenging behavior in young children.  When the opportunity became available in the summer of 2008 to participate in the CSEFEL module trainings through a grant obtained by the State of Vermont, administrators from both agencies embraced the CSEFEL Pyramid model framework as a way to support teachers working with children that were exhibiting increasingly more challenging behaviors than had been observed before.  For the next 5 years, teachers implemented the strategies they learned, and were supported by administrators as they championed the social emotional development of the children in the program.  In 2013, as the CSEFEL grant ended, Vermont was the recipient of a Race to the Top (RTT) Early Learning Challenge Grant, which supported the continuation and expansion of the CSEFEL model in the state, and was referred to as Early Multi-Tiered Systems of Support or “Early MTSS”.  At about the same time, in early 2014, Meredith and Julie participated in a Regional Head Start training on “Practice Based Coaching”.  They recognized this as a way to hone their skills to support the coaching concepts that had made the CSEFEL model approach successful, and keep both veteran staff and new staff fully engaged in implementing EMTSS and continuing to build on the best practices that were initiated under the CSEFEL framework.  The center was invited by the State to become a “Demonstration Site”, which provided support from a trained coach to assist the center in the form of a Leadership Team, to work through the process of self-assessing systems, and evidenced-based practices and high fidelity implementation of that practice.  This involved a five year commitment to engage in training, coaching and program development.  In January of 2015, the center was featured on the WCAX TV “30 Schools in 30 Days” news segment highlighting the EMTSS Demonstration Site status.

Meredith and Julie are both convinced that this approach works but stated it was the coaching component that convinced them it would be worth the time and investment as they have seen positive outcomes for both children and teachers.  They spoke about how differently they see children now, and know how important it is to understand each family’s story and challenges and how that information makes such a difference in the way children are taught.  And it also makes a difference when engaging families to be part of their child’s education; they focus on building relationships with the families and making them feel welcome at the center.  They gave many examples of how the teachers go out of their way to make sure the children are successful every day, such as going onto the bus each morning to greet one particular child that needed extra support to enter the classroom and ease into the routine with the rest of the children.  They focus on social/emotional skill building for at least the first month of preschool, as they believe without a solid social emotional foundation, the children will not be successful in other academic areas.  The Orleans N. Essex BBF Regional Council EMTSS Team has made it a priority to promote visits to the COFEC Demonstration Site by early childhood education professionals in the region.

Through this collaboration, Meredith and Julie have maintained open communication allowing for understanding and compromise that are most vital to the success of enrolled children and their families. 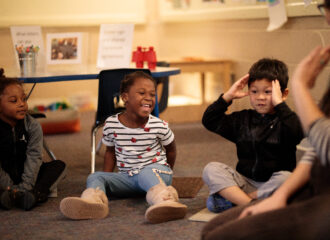 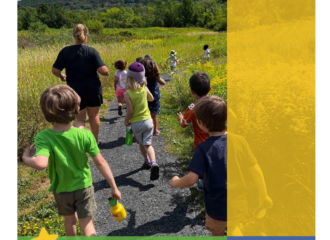